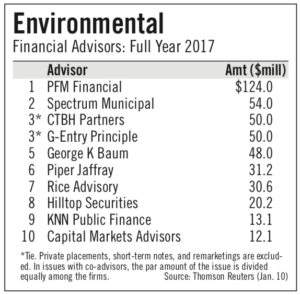 Since 1968, private companies and nonprofit organizations have been able to finance qualifying projects by issuing tax-exempt private activity bonds (PABs) as an alternative to traditional debt. The benefits of PABs include (i) potentially significant interest rate saving due to the tax-exempt status of the bonds, (ii) potentially longer term debt than otherwise available, (iii) access to the municipal bond investors as an additional pool of capital, and (iv) flexible financing structures.

CTBH Partners is a registered municipal advisor with the SEC and MSRB. Since 2014, CTBH Partners has served as financial advisor to companies helping its clients raise over $130 million of corporate tax-exempt debt in six states.